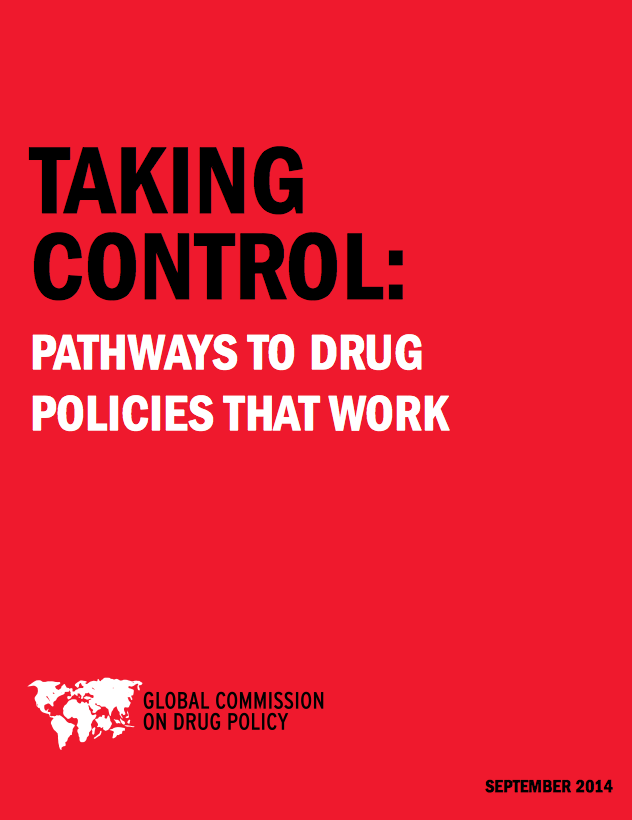 The Global Commission on Drug Policy launched yet another groundbreaking report calling for the end of the war on drugs and for the experimentation of legally regulated markets.

A new and improved global drug control regime is needed that better protects the health and safety of individuals and communities around the world. Harsh measures grounded in repressive ideologies must be replaced by more humane and effective policies shaped by scientific evidence, public health principles and human rights standards. This is the only way to simultaneously reduce drug-related death, disease and suffering and the violence, crime, corruption and illicit markets associated with ineffective prohibitionist policies. The Global Commission on Drug Policy proposes five pathways to improve the global drug policy regime. After putting people ́s health and safety at the center of the picture, governments are urged to ensure access to essential medicines and pain control. The Commissioners call for an end to the criminalization and incarceration of users together with targeted prevention, harm reduction and treatment strategies for dependent users.

In order to reduce drug related harms and undermine the power and profits of organized crime, the Commission recommends that governments regulate drug markets and adapt their enforcement strategies to target the most violent and disruptive criminal groups rather than punish low level players.

The obstacles to drug policy reform are both daunting and diverse. Powerful and established drug control bureaucracies, both national and international, staunchly defend status quo policies. They seldom question whether their involvement and tactics in enforcing drug policy are doing more harm than good. Meanwhile, there is often a tendency to sensationalize each new “drug scare” in the media. And politicians regularly subscribe to the appealing rhetoric of “zero tolerance” and creating “drug free” societies rather than pursuing an informed approach based on evidence of what works. Popular associations of illicit drugs with ethnic and racial minorities stir fear and inspire harsh legislation. And enlightened reform advocates are routinely attacked as “soft on crime” or even “pro-drug.”